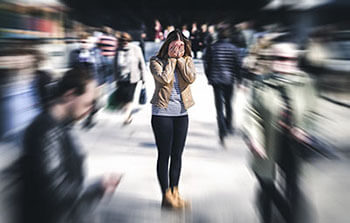 Functional Psychiatry means getting to the root of what is causing your psychiatric symptoms in the first place. It reaffirms the importance of the relationship in healing and focuses on the whole-person using evidence-based therapeutic approaches.

Functional medicine rests on the assumption that all systems of the body are interrelated. Problems in one area may be caused by an unrelated system. Understanding the relationships of each system to the other enables Debbie to solve the underlying problem that have puzzled others. All systems are assessed based on their role and function, including one’s gastrointestinal function, immune function (including infection and inflammation), detoxification and biotoxin burden, oxidative stress and mitochondrial function, nutritional status and special nutritional needs, hormonal function, genetic and epigenetic function. This assessment is based on a very careful history, physical exam if necessary, and targeted laboratory testing. There is a mind/body connection that we can’t deny and Debbie is board certified in both areas of medicine.

Debbie has a functional medicine approach to psychiatry.  She was trained and board certified traditionally, but feels that medications are not the only answer to treat mental health disorders.  Debbie deviates from what is being taught in traditional medical school and what is being offered by doctors around the country. She believes that our current model is outdated and disempowering. There is a more powerful ways to take more control of your mental health than ever before.  Getting to the root cause of symptoms listed below is the functional medicine approach.  A client should never go off medication without consulting a medical prescriber and gradually weaning off the medication safely but before doing that get testing done on hormone levels, gut health, neurotransmitter testing, nutritional testing and genetic testing depending on the symptoms you have to get a personalized approach to psychiatric illness.

Anxiety is common and maybe someone you know or it’s you who are trying to understand it and wondering if there is any chance of healing anxiety. Functional medicine is the next step for you.

The conventional perspective is that you have a neurotransmitter imbalance and you need a medication to re-establish that balance.  That medication does nothing to re-establish balance, It’s job is to suppress those uncomfortable symptoms.  It does not get to the root of the problem.

Anxiety is very uncomfortable and that is why it can drive people to reach for a Xanax.  What we prefer to do at Holistic Harmony is find out what is causing your anxiety through testing so we can get to the root cause and heal your mind and body. Anxiety is a symptom—a symptom that has a root cause. So we need to look at what your body is trying to communicate.  In functional medicine we seek to unearth the root cause and address the system at that level. It’s like having a splinter in your foot—do you remove the splinter or just take the painkillers to shut the body up?.  Healing anxiety with functional medicine means figuring out why you have the symptoms in the first place, while also offering you some relief and tools to manage the anxiety in the day to day. 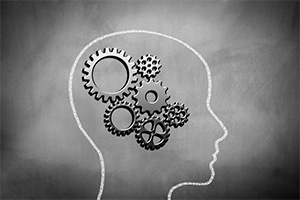 Memory loss is a state that begins to affect the brain 30 - 40 years before symptoms begin to occur, because of that, it is important that we begin a program for the prevention of cognitive decline early in life. Benefits of beginning a program include improvements in memory, concentration, learning ability, reduced risk of dementia, and an increase in personal awareness that, in turn lead to feelings of being a part of something larger than oneself.

Cognitive Enhancement is known as a multi-systemic approach in prevention and treatment of cognitive decline that is normally associated with aging and degenerative diseases related to aging. As with many degenerative diseases of the mind, memory loss may appear as a spectrum of symptoms, etiologies, and prognosis. Over 55 disease states, many non-progressive can be attributed to memory loss. Dementia symptoms manifests in a variety of forms including vascular disorders, Parkinson's disease, infections including HIV, depression, hypothyroidism, vitamin B12 deficiency, malnutrition, and substance abuse.

Risk factors are many, and they interact with other biological processes in causing cognitive decline. Increased age, family history, genetic factors, head injury, educational level, cardiovascular disease, and chronic stress are only some of the reasons that one may see increased cognitive decline. The pathology of cognitive decline is variable, but what is clear is that the common denominator is the death of the brain cell.

Treatment programs are multidimensional in their approach and seek to improve memory and brain function while utilizing integrated therapies. Programs include nutrition enhancement through dietary modification and nutritional supplementation with elements such as anti-oxidants, Phosphatidyl-serine, CoQ10, and Ginkgo Biloba. Optimal levels of hormones, such as, melatonin, estrogen, progesterone, testosterone, DHEA, and human growth hormone may help to improve memory function.

With the advent of a new series of drugs known as "smart drugs", they too are integrated into our treatment program. Drugs that mimic neuro-growth factors and may stimulate development of new synapses are in full use now. It helps in the promotion of inter-hemispheric communication. The uses of pharmaceutical compounds that help remove intracellular debris, increasing oxygenation of the brain, and balancing the neurotransmitters are a vital part of the treatment. 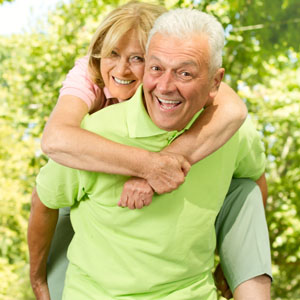 The human brain is like any muscle in the body. With most muscles, it is either one uses it or it begins its slow decline. The most important factor in cognitive enhancement therapy is the increased sense of being in control of your mental capacity and self-knowledge. This really solidifies why one should seek out treatment for cognitive dysfunction before one is forced to.

At Holistic Harmony, we test neurotransmitter function and genetic testing to assist our patients in maintaining or improving cognitive function during the aging process and journey of life. Please call us today for a complimentary 15 minute consult to see if our cognitive enhancement program is right for you!

The mind grows wiser with age, but age adversely blunts a mental edge, diminishes computing power, and causes memories to fade. It doesn't have to be that way though. Anti-aging experts recommend a number of techniques to ward off the negative effects of time. Here are just a few:

IMPORTANT! All information presented in this website is intended for informational purposes only and not for the purpose of rendering medical advice.

Statements made on this website have not been evaluated by the Food and Drug Administration. The information contained herein is not intended to diagnose, treat, cure or prevent any disease.